THCV | Why is it so popular? And why does everyone talk about it?

THCV | WHY IS IT SO POPULAR? AND WHY DOES EVERYONE TALK ABOUT IT?

THCV (or Tetrahydrocannabivarin) is just starting to make its way into the limelight, where THC and CBD currently reign, although this cannabinoid has also been around as long as the cannabis plant itself. THC and CBD are well-known and praised for their numerous therapeutic effects. Up until recently, THCV has greatly been a mystery, although with more research this compound of cannabis could be considered one of its most sought-after elements.

COULD THCV BE THE NEXT CBD?

Tetrahydrocannabivarin, or THCV, is one of the many Phyto-cannabinoids found within the cannabis sativa L. plant. Just like Cannabidiol (CBD) there has been much interest in recent years in exploring the potential of this elusive cannabinoid for its multitude of potential beneficial properties, such as increased energy, sense of well-being and possibly even weight-loss. Many cannabis industry experts predict THCV will soon be the new buzz in the cannabis industry (no pun intended), as CBD products become increasingly abundant and commonplace in the market. Still, there are many unknowns behind the elusive and potentially blockbuster cannabinoid that will need to be substantiated before products are brought to the public. In this article we’ll explore some reasonings behind whether THCV is the next CBD.

IS THCV THE SAME AS THC?

No. Though the two names sound similar, THCV and THC are completely different molecules that contain different chemical structures. In fact, their difference lies deep within the cannabinoid synthase – the process of various genes expressing themselves to form different analogs and isomers of cannabinoids through different phases of the plants life cycle. THCV is derived from Divarinic acid, in which through a series of complex conversions THCV is formed during the flowering stage. CBD and THC on the other hand, are formed through Olivetolic Acid. In examining an advance flow chart of the cannabinoid synthase, surprisingly, one could conclude that THC is more closely related to CBD than THCV. There is a very limited amount of hemp and cannabis plants that can produce the proper gene sequence to produce diviranic acid.

In small doses, THCV is non-psychoactive and should not produce a “high” effect. It is associated with feelings of increased energy, euphoria and decreased appetite. It is almost certain that THCV will not give the user the “couch-lock and munchy” effect often associated with high consumptions of THC. In fact, it very well could be the perfect cannabinoid to support a healthy and active lifestyle! 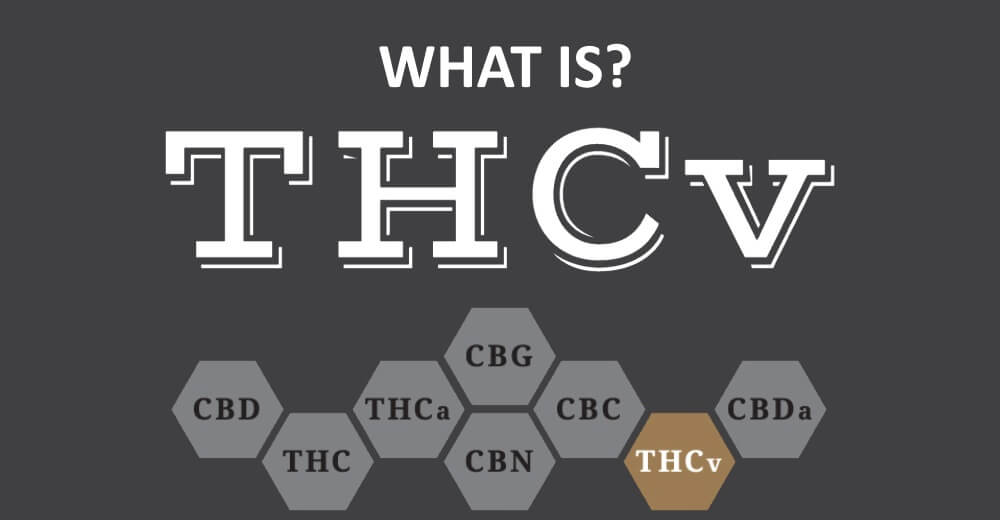 CAN I USE THCV TO GET IN BETTER SHAPE?

Though research is limited, there are several notable studies that display early evidence that THCV could be helpful in increasing energy while decreasing weight. In a double-blind, placebo study conducted at Clore Laboratory at the University of Buckingham UK, researchers found that fasting blood sugar levels, in mice that had been given THCV, were noticeably lower than a corresponding cohort group with no negative effects to glucose levels. GW Pharmaceuticals’ studies also demonstrated in 2007 that THCV could curb appetite and increase energy. They reported, “THCV has shown promise in pre-clinical studies as a potential treatment for obesity.”

STRAIN HUNTING – WHERE CAN I FIND THCV?

THCV is much harder to find than CBD or THC – the two most abundant cannabinoids. Genetic predisposition for a plant to produce the cannabinoid is extremely rare and limited only to certain strains of hemp, derived from Himalayan and African origin. Typically, Sativa strains associated with increased energy, loss of appetite and noticeable euphoric feeing are associated with THCV content. However, it is nearly impossible to find a strain that is dominant in THCV (meaning the most prevalent cannabinoid in the plant is THCV).

Today, the most advanced cannabis testing labs in the world are only finding THCV in strains that are heavy in THC and at very low concentrations, so don’t expect to find a purified form of THCV at your local dispensary or health food store anytime soon.